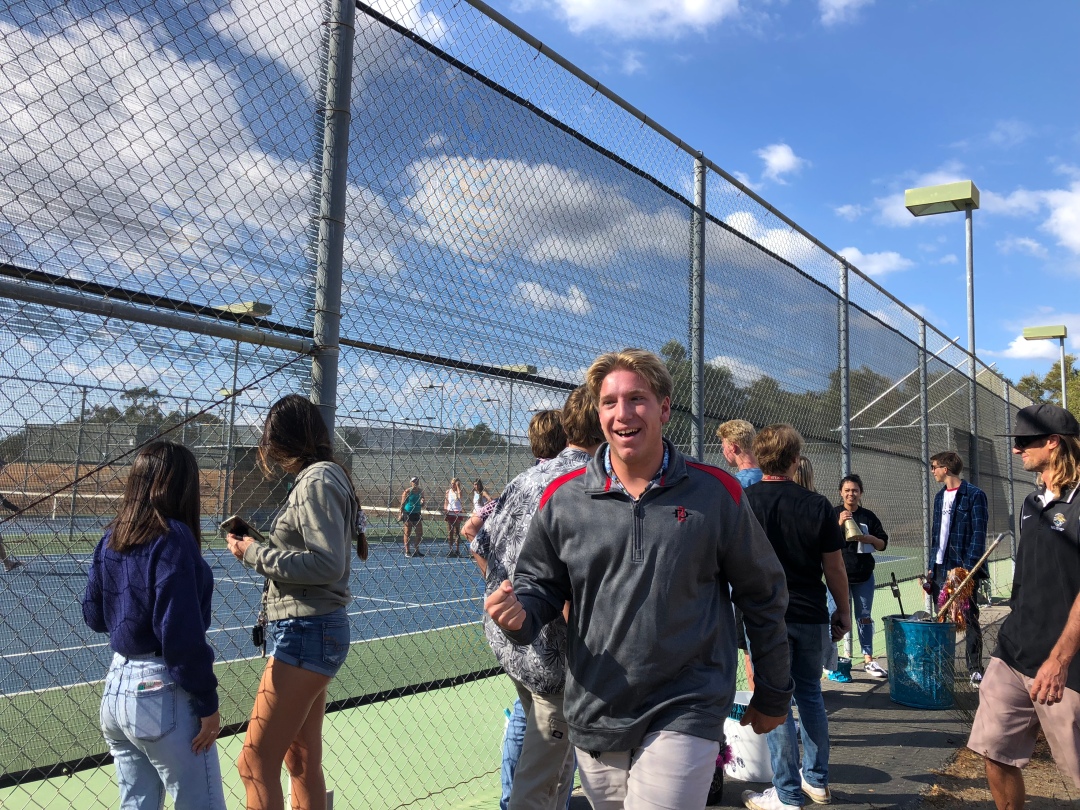 Rowdy Crowd Gets Kicked Out of Tennis Match

One sunny afternoon, Thursday, October 11th, rowdy crowd headed to Adams Park to cheer on the VCHS girls tennis team playing Fallbrook. The rowdy crowd was kicked out in a quick thirty seconds for being to loud during points. Amidst the loud commotion the Fallbrook head coach threatened to videotape the rowdy crowd and send it to CiF for a penalty. Furthermore, he asked the rowdy crowd to stay away from the game court by at least half a unused court (As pictured below).

The coach continued with his complaints and when Kordik went to give tennis player Sophia Cox some words of encouragement the Fallbrook coach became furious and told Kordik to not to talk to Cox. Kordik, being Kordik, responded sarcastically “I was giving her tennis tips,” the Fallbrook coach did not take this comment lightly. Later in the week the Fallbrook coach emailed athletic director of VCHS Mike Cummings complaining about rowdy crowd’s recent behavior even though Fallbrook won.  Overall, the girls tennis team did a wonderful job of playing tennis. Go jags!